A Muslim’s View of Europe

How does the ordinary muslim view European culture and society? What are the gaps and challenges between the muslim and the Christian world(view) and how can the gap be bridged?
About the speaker 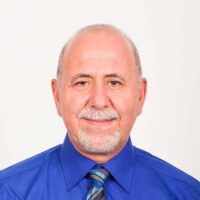 Abraham has lived and worked globally in the humanitarian field since 1984, currently residing in Greece.
Area Director with SEND Relief, he oversees Community Development & Disaster Relief project implementation and evaluation in the Balkans, Europe, North Africa, and the Middle East.
He has been involved in leading major disaster responses for the Iran earthquake, the China earthquake, in Georgia post-war, in the Lebanon post-war relief, and currently in the Syrian-Iraq crisis.
He has helped to train and start local national like-minded NGOs in various countries, is Co-founder & President of CGR – Canadian Global Response, and is a trainer in the SPHERE Standards, the most widely known and internationally recognized set of common principles and universal minimum standards in humanitarian response.
He has a passion for the forcibly-displaced people of our world, refugees & IDPs.