Many non-scientists feel baffled by atheist arguments that science has disproven the existence of God. However, this notion often stems from a misunderstanding of what science claims, and what a biblical worldview claims. Hence, it is our persuasion that science, far from being a stumbling block in missions, can rather be an accelerator for good conversations on the existence of God, as it raises fundamental questions about the nature of science, the universe, and humankind.
About the speaker 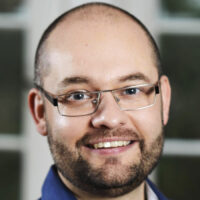 Alexander Fink is Director of the Institute for Faith and Science (Institut für Glaube und Wissenschaft) in Marburg, Germany (www.iguw.de). He studied physics at the universities of Bayreuth and St. Andrews (UK) and received his PhD at the Institute for Biophysics at the University of Regensburg. After having worked as an industrial product manager, he became director of SMD graduates' ministry (Akademiker-SMD, the German branch of IFES) until 2014. His passion is the dialogue of science, faith, and worldviews. Hence he founded the Kepler-Forum in Regensburg, coorganising the annual Regensburger Symposium (www.regensburger-symposium.de) at the University of Regensburg. Since 2008 he has been a member of the ELF Steering Committee and has co-led the Scientists Network. Together with his wife, Alexander enjoys raising his two children. 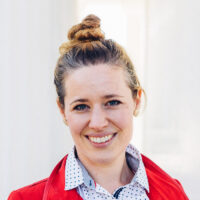 Julia Garschagen is a theologian and serves as the director of the Pontes Institut for Science, Culture and Faith in the German-speaking region. She speaks at universities and in the business context across Europe and loves to be in dialogue about a faith that is both intellectually credible and existentially satisfying. Julia co-leads the biggest evangelistic youth outreach in the German-speaking world and teaches apologetics at a theological seminary. She is also co-founder of the charity Dios te ve, which helps young people in Peru to get a higher education. Julia lives in Cologne, Germany and loves the mountains.