Born a Hindu Usha Reifsnider is saying that Western culture is very much a hinderance for reaching non-western people with the gospel.  With her Indian background her experience was that you became British in order to be a Christian.  “Mission became the work of the Empire,” as she puts it.

In a muliplex session at the LE2020 Gathering in Poland 21-25. October Reifsnider will expand on her experience.  She was invited to attend Sunday school in the UK where her Indian parents had settled.  Based on what she learned in Church, she decided to become a Christian at the age of 11.

Thinking that it was a Christian requirement that she tell her family about Jesus, she did.  Her mother became angry and beat her. She was angry because she understood Christianity to be a white man´s religion. “You were born a Hindu and you die a Hindu.  Changing your religion will not make you English.” she told her daughter. Forcing her, by viciously beating her with a cane and stepping on her neck, to bow down with her forehead touching the floor and pray at the Hindu altar, Usha recited the Lord´s prayer in her thoughts: “Our Father, who art in heaven, hallowed be Thy name.” She blamed herself for having bowed to an idol, but she felt God say:  You are standing up on the inside!

Her mother took her Bible away, but Usha got a New Testament from the Gideons, which she hid underneath her mattress and read at night behind the curtains with the help of the streetlights outside.

When she later wanted to be a missionary, she noticed that as an Indian she was told to go to her own people.  She quotes Revelation 7:9 where John is seeing a multitude from every nation, tribe, people and language, standing before the throne.  “We have no problem with nation and language, but we have a problem with tribe, because tribe speaks of the cultural context,” she says.

Reifsnider´s vision is that those who have come to faith  from other cultures be able to read the Bible with their families, who have not yet become followers of Christ, and say: “Come let us reason together. Let us not look at Christianity as an oppressive force of Western religion, but as at what it can mean, outside of those things, for you as a family. Let me take this journey with you, instead of dragging you through a Western context.”

This is not a a mere vision.  Reifsnider has seen it work:  Removing the Western context from the gospel, she was able to lead both her parents to faith in Jesus before they died. 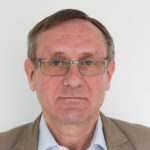 Kåre Melhus is a Norwegian journalist and journalism educator, living in Kristiansand, Norway. He has worked as a reporter, editor and newsroom manager with the Norwegian Broadcasting Corporation. In 1999 he joined the journalism faculty at the NLA University College as an associate professor in journalism. He holds an MA degree in journalism from the University of Missouri, and served as the press centre manager at the Lausanne II Congress in Manila in 1989, and at the Lausanne III congress in Cape Town in 2010.