This is a brief summary of the conversations for the first quarter of 2020. For each month the main points of the postings in response to an article and discussion questions were read. Then the principal themes were identified and presented here.

The comments from around Europe reflected some of the diversity in the continent as it relates to the issue of nominal Christianity. They covered a wide range of territory, but perhaps the clearest theme was that of people’s everyday lives matching their confessions. Questions were raised about how we can be sure whether a person is a Christian in the first place and the need for good discipline strategies emphasised.

It was felt that one mark of genuine conversion is the desire for a person to have fellowship with other believers, the issue of belonging.

Although so-called nominal Christianity does provide challenges to church work in Europe, the postings did suggest that nominalism is not all bad, in that nominal Christians do have some familiarity with the teaching of scripture and that there is ‘something to go on’.

It is helpful to note that the discussions showed a willingness for the church to engage and see nominalism as a gospel opportunity and to find ways to include, rather than simply identify normal Christians as lacking something, or not being what they ought to be.

From the postings, it seems that the issue of nominalism (and even how to refer to it) is far from monolithic in Europe. The different countries and regions in the continent and even the roles of state churches make generalisations quite difficult. There is probably a need for more research on this matter, which can identify particular local factors and suggest strategies to address them.

The research to the so-called ‘gods’ of Europe seemed to be more unified than that to the matter of nominalism. The central issue emerging from the posting was the orientation to the self. Other ‘gods’ such as money and sex were also mentioned but seemed to take second place to self-centredness.

The postings agreed that there is a need to strengthen the sense of Christian identity and improve discipleship, so that believers are equipped to deal with the challenges of the mainstream society. Stronger prayer lives and deeper engagement with the scripture were also seen as important.

One or two postings seemed to question the idea of whether people in Europe actually do ‘worship’ the various things that seem to take the place of God. This might be a question of interpretation of scripture and what we mean by ‘worship’ and might merit more in-depth consideration and analysis.

This was another discussion marked by some diversity and a range of different issues. However, a few themes did emerge. Several postings mentioned the need and opportunity for the church to work within and as part of the society, providing practical assistance and hope for people. There seems to be an openness to the church and community in general, which exists in a tension with fear and concern over physical proximity or contact. Within church communities, many see virtual meetings as a way to reach out to more people at the same time as they confess that there is no comparison with genuine contact and being together.

Few postings mentioned trust or fear explicitly. From what was posted on the website, it seems that few Christians in the groups felt that trusting God or fear of the virus needed much discussion. Perhaps such trust and rejection of fear were taken as read. 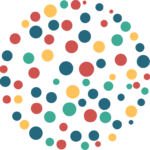