The online event looked back on the impact of the Cape Town Lausanne Movement global gathering, 10 years ago. ‘Impact groups’ shared about how they prepare for the 2021 European conference.

Over 300 people from 36 countries joined ‘Engage’, an online event organised by the Lausanne Europe.

A large continental gathering in Poland was originally planned for the fourth week of October 2020, but had to be postponed to 2021 because of the travel limitations caused by the Covid-19 crisis.

But the 24 October virtual event on the Lausanne 20/21 website brought together both future attendants to the conference and members of ‘Impact Groups’ to listen to the insights of fellow believers from across the continent. The streamed initiative was simultaneously translated into Spanish, German and French.

Theologian Chris Wright, explained the process through which the Cape Town Commitment came to be in the years prior to the large Congress in the South African city in 2010. “The gospel is both good news that needs to be announced about a story that needs to be told; and also a challenge to radical change of life as the believer comes under the reign of God in Christ”, Wright said. He highlighted what he believes were some of the visible effects of the document – titled “The whole church taking the whole gospel to the whole world” – in the 2010-2020 decade, and mentioned the renewed conversations about: the role of women in the church, the inclusion of all unreached peoples, and the care of creation.

Wright’s words were applied to their cultural context by four participants from Central, Eastern, Western and Southern Europe.

Michal Oh, CEO of the global Lausanne Movement on a global level, announced the celebration the next major Lausanne gathering in 2024. It will be the fourth, after Lausanne 1974, Manila 1989 and Cape Town 2010. “We look to the Holy Spirit to ignite and to propel us to global polycentric mission action”, he said.

An open conversation about mission in Europe

Lars Dahle, Chair of the Le20/21 committee, spoke about the theme “Dynamic Gospel – New Europe” of the upcoming European congress, underlining that “we want to bear witness to Jesus Christ and all of his teaching in every nation of Europe, in every sphere of society, and in the realm of ideas”.

Jim Memory, Conversation director of the conference, interviewed two leaders of ‘Impact Groups’ in Germany and Portugal, who shared about their experience of drawing together Christians from all walks of life for reflection on how to bear witness to Christ.

The desire of listening to each other across nations and cultures, with the aim of sharing knowledge and experience was mentioned several times throughout ‘Engage’. Lausanne Europe seeks to foster “connections that help gain new perspectives and partnerships, which lead to fresh gospel initiatives in the continent”.

Throughout the event, over 100 comments by participants were posted both on the website and on the live chat of the Youtube channel, where it was streamed as well. At one point of the gathering, some of the questions were addressed and responded.

The programme ended with two short reflections on the context of universities (Sarah Breuel) and urban youth culture (Luke Greenwood). Both shared encouraging experiences that showed how personal evangelism (both in a friendship context and in public spaces) continues to bring people who were not in touch with a church to conversions to Jesus Christ and to becoming a part of Christian communities across the continent.

The gathering was moderated by Usha Reifsnider and Giovanni Donato, from Oxford (UK) and Sienna (Italy) respectively.

Lausanne Europe is publishing regular analysis articles about the European context of mission, as well as updates, in this Evangelical Focus column. 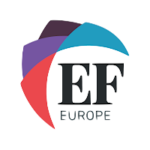 Evangelical Focus is a news website with a Christian perspective on current issues in Europe to help build bridges between evangelical churches and all of society. Evangelical Focus, Protestante Digital (Spain) and Evangélico Digital (Latin America) are members of Areópago Protestante.