Three years prior to Cape Town 2010, the Lausanne Theology Working Group had been meeting. It had a core of about 12 members – men and women from every continent. Over the course of our meetings, some 60 people altogether took part in a series of international consultations.

The Cape Town Commitment has been widely circulated and translated, and by God’s grace has been adopted and used by many churches and agencies.

But for three years prior to Cape Town, the Lausanne Theology Working Group  (TWG) had been meeting, seeking to do some preparatory work.

It had a core of about 12 members – men and women from every continent, chaired by myself, Chris Wright, after Doug Birdsall invited me to on that task in 2004. Over the course of our meetings, some 60 people altogether took part in a series of international consultations, usually bringing together between 20-30 individuals with multiple layers of expertise and experience.

In 2007, at our consultation in Nairobi, we decided to explore the Lausanne slogan “The whole church taking the whole gospel to the whole world” –  and examine biblically and theologically what each of those phrases really mean and what they imply for mission. Three consultations took place, in collaboration with the WEA Theological Commission.

The papers and statements of all three consultations were published in special editions of the Evangelical Review of Theology,

I have also sent a PDF copy of the final combined statement which may be circulated with all those registered for the Lausanne Europe conference.

For this short reflection, I will simply highlight two or three items in each of the three major sections – Gospel, Church and World –  from the point of view of what seemed to me to make some significant impact on the Cape Town Commitment itself,  and one hopes, in the ongoing DNA of the Lausanne Movement, though these things always need to be refreshed and re-emphasised.

We tried to avoid mere abstract nouns or doctrinal formulas, but rather sought to articulate the gospel using some of the powerful verbs that the Apostle Paul himself uses when referring to the gospel.  We ended up with six dynamic affirmations

A. The gospel tells the story of Jesus in light of the whole Bible
B. The gospel creates a new reconciled humanity in the one family of God
C. The gospel proclaims the saving message of the cross and resurrection
D. The gospel produces ethical transformation
E. The gospel declares truth and exposes evil before God’s judgment
F. The gospel is the cosmic power of God at work in history and creation

Out of these, the two that had the greatest effect on the CTC are probably A and D.

A.  The narrative nature of the gospel, when we understand it as the good news of the events recorded in the whole Bible – centred of course on the incarnation, life, death and resurrection of Jesus Christ,  but also including the scriptural promises of the O.T. that these events fulfilled, and the future hope that they guarantee.  The gospel is the good news of all that God promised, accomplished and will complete, according to the whole story of the Bible from Genesis to Revelation. And that embraces not just my personal salvation, but all history, all nations and all creation.

D. The ethical change that the gospel demands, and truly produces when people receive it, believe it, and act upon it.  We noted that Paul talks not just about believing the gospel, but also on several occasions about “obeying  the gospel”,  about “the obedience of faith”, and about how God’s grace not only saves us, but also teaches us how to live changed lives (Titus 2:11-14).

So the gospel is both good news that needs to be announced about a story that needs to be told; and also a challenge to radical change of life as the believer comes under the reign of God in Christ.

These two points find their way into CTC 1.8 “We love the gospel of God”. Whereas earlier evangelical statements of faith tend to use doctrinal terminology and long theological conceptual words and phrases, we have here four dynamic sentences that describe what the gospel is and does in broader biblical perspective:

The work of the TWG is most clearly seen in the second and fourth of those paragraphs.

The original slogan, “the whole church” probably simply meant  “all Christians everywhere.”  But we dug deeper than mere quantitative meaning. Though we had papers on many aspects of what is meant by “the whole church”, biblically, socially, culturally and missionally,  we chose to frame the statement of that consultation around the four great definitive words for the church in the Nicene Creed –  “One, holy, catholic and apostolic”  (aware that the word “catholic” in that context means “universal”).  We quickly realised that every one of those four has missional dimensions and implications.

– One. The oneness, unity, integrity, of the global church led us to deplore the many false dichotomies that still afflict so much missional thinking, and to call for much more integrated, coherent and comprehensive understanding of the church’s mission. Integral mission should reflect an integral church.
This emphasis on unity found its way into CTC I.9  “We Love the People of God”, and also into CTC II. F, on “Partnering in the Body of Christ for Unity in Mission.”

– Holy. Here we recognize that, biblically speaking, holiness is missional. That is, God called Israel, and likewise the church as those from every nation who belong to Israel through faith in the Messiah Jesus, to be both a priestly kingdom and a holy nation. Holiness is essential to our priestly status of bringing God to the world and bringing the world to God – the essence of our missional identity and role.  There is no biblical mission without biblical holiness – in all its practical and ethical ramifications. This is reflected most strongly in the CTC in Part II E –  “Calling the Church of Christ Back to Humility, Integrity and Simplicity.”  – with its challenge to distinctiveness (which is what holiness means), and rejection of the idolatries of power, success and greed that so easily infect the church

– Catholic (Universal).Here we admitted that even when we are thinking of “the whole church”, we often think of mission as being the task of only some members of the church with specific abilities and capacities.   The statement makes this point:

“Yet we confess that often we fail to recognise the full contribution that is brought to the church by all those whom God has called to belong to it. In our consultation we particularly considered the following, whose contribution may be undervalued, diminished, overlooked, or even prevented: women, persons with disabilities (or “differently-abled”), immigrants, indigenous or primal cultures, “insider movements”.

When such groups are allowed (or forced) to remain voiceless or invisible, then we lose the wholeness of God’s church.

– Apostolic. We simply noted that the word has three levels of meaning: historical (the church was founded on the historic apostles of Jesus Christ and their authorized witness to him):  doctrinal (we are called to be faithful to the teaching of the apostles, now embodied in our N.T.), and missional (that we are commissioned to carry forward the mission of the apostles in  bearing witness to the saving work of Christ and the purposes of God.

So if the church is truly apostolic, then it is by definition missional. To that extent, the popular phrase, “missional church” is strictly speaking tautologous.  As one of our group exclaimed:  “If it isn’t missional, it isn’t church!” From this point of view, it is interesting that the clearest statement about the church in CTC actually comes in I.10, which is the section “We Love the Mission of God.”   Having outlined the great mission of God from the narrative of Scripture from Genesis to Revelation, it then goes on to say:

“God calls his people to share his mission. The Church from all nations stands in continuity through the Messiah Jesus with God’s people in the Old Testament. With them we have been called through Abraham and commissioned to be a blessing and a light to the nations. With them, we are to be shaped and taught through the law and the prophets to be a community of holiness, compassion and justice in a world of sin and suffering. We have been redeemed through the cross and resurrection of Jesus Christ, and empowered by the Holy Spirit to bear witness to what God has done in Christ. The Church exists to worship and glorify God for all eternity and to participate in the transforming mission of God within history. Our mission is wholly derived from God’s mission, addresses the whole of God’s creation, and is grounded at its centre in the redeeming victory of the cross. This is the people to whom we belong, whose faith we confess and whose mission we share.”

That is what I call a missional ecclesiology, for a church that is genuinely apostolic.

Again, the original slogan probably just meant, “to everybody living in the world.”  But as we explored the meaning of the phrase in the Bible, we realised it has much broader meaning than that.

“The Bible has a rich vocabulary to describe “the world”. In all this variety, Scripture speaks of “the world” in at least five major ways. “The world” can mean”:

Of these, the one that most distinctively impacted the CTC was the first – the world of God’s creation.  Here are just a few quotes from the TWG statement, that found there edited way into the CTC at several places.

This would be one of the places where Cape Town moved evangelicals forward in their theological and missional thinking beyond the epochal Lausanne Covenant (1974) and the Manila Manifesto (1989).  Both of those affirmed the validity of both personal and societal dimensions of mission, as did a swathe of Lausanne consultations and documents in the years in the 1970s and 80s.  Cape Town embraced the godly stewardship, use and care of creation as a valid dimension of our mission, and subsequent theological work by the Lausanne / WEA Creation Care Network, co-chaired by Dave Bookless and Ed Brown has carried this forward.

I hope this brief survey of some of the work of the Theology Working Group in the run –up to Cape Town may be helpful, and that our reflections and statements, and the accompanying papers may still have some life and usefulness in them. 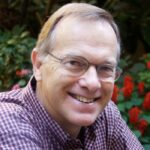 Christopher J. H. Wright (PhD, Cambridge) is the Global Ambassador for the Langham Partnership, providing literature, scholarships, and preaching training for pastors in Majority World churches and seminaries. He has written many books including commentaries on Deuteronomy, Jeremiah, Lamentations, and Ezekiel, The Mission of God, Cultivating the Fruit of the Spirit, Old Testament Ethics for the People of God, and Knowing Jesus Through the Old Testament. An ordained priest in the Church of England, Chris spent five years teaching the Old Testament at Union Biblical Seminary in India, and thirteen years as academic dean and then principal of All Nations Christian College, an international training center for cross-cultural mission in England. He was chair of the Lausanne Theology Working Group from 2005-2011 and the chief architect of The Cape Town Commitment from the Third Lausanne Congress, 2010.