This Classroom episode is on Nominalism. Nominalism is a problem that is as old as Christianity itself. It means to be identified with a religion in name only. People may self-identify as a member of a religion or belief system, but not live out the tenets of that faith. This happens among Christians, and even among evangelicals. The features of nominalism clearly change in relation to the cultural and ecclesial context in which the church finds itself. The most basic point is that nominalism is more of a problem when Christianity finds itself in a dominant or majority situation, especially when Christian faith so shapes culture that there is a confusion about the nature of one’s identity. In post-Christendom situations nominals are much less likely to have any identification with the church and see themselves as Christians by association with a broadly Christian culture. This episode examines the impact and effect of nominality on the global church and on the individuals involved. It also examines the antidotes to nominality, helps fulfill the goal of engaging the church in various aspects of nominalism, and seeks to inspire young leaders, established leaders, churches, organizations, and movements to understand how to address nominality in their ministries

Click here to go to the Lausanne Global Classroom on Nominalism 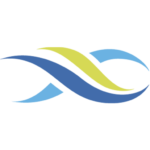 Across the world today, men and women are faithfully stewarding God’s call as leaders and people of influence in organisations, churches, schools, and marketplaces. What would happen if these men and women were to gather together to form God-inspired, catalytic connections within and across regions, generations, shared interests, and ideas? This is the unique calling of the Lausanne Movement: to connect influencers and ideas for global mission. The Lausanne Movement accomplishes this by organising gathering, research initiatives, and online publications.