Editor’s Note: One hundred years ago in London, John Stott was born. In honour of the centenary of his birth, this piece aims to give an overview of his global impact especially through the Lausanne Movement, which he co-founded.

John Stott was a colossus. As Jim Packer said on hearing news of his death in 2011, ‘He had no peer, and we should not look for a successor.’ As decades pass, history will further unfold the extent of his influence on theological thinking, on preaching, on the tensions between the gospel and culture, on the development of a Christian mind, on evangelical commitment to social justice, and supremely on world evangelization.

It was the unique partnership between Billy Graham and John Stott which would launch the Lausanne Movement, a movement committed to ‘the whole gospel for the whole world’ (later expounded to include both ‘the geographical world, and the world of ideas’).[1]

There have already been several doctorates on Stott’s life and ministry, and more will come. His networks were formidable. The way he connected people, and the synergy effected by those introductions merits new and careful research. His worldwide travels began with invitations to lead university missions on one continent after another, and students would always remain a focus of his ministry.

All his life, John Stott was committed to the Anglican church. In 1961, with much prescience, he founded the Evangelical Fellowship in the Anglican Communion (EFAC) as a ‘home’ for evangelical clergy. He said that the two priorities of his ministry were students and pastors, and this was clearly borne out. He never made an international trip without some element of student ministry, and he would participate in the IFES World Assembly whenever he could. His three-pronged ministry to help strengthen the church in the Global South (now drawn together as Langham Partnership) provided books for pastors and for students in seminaries; created scholarships for some of the most able thinkers to help them gain doctorates; and provided training in preaching.

Stott’s relationship with the Lausanne Movement, particularly in the period of 1974-1996, could be described as reciprocal, even symbiotic. His multi-faceted ministry fitted the multi-faceted Lausanne aspirations, which he had played no small part in fashioning. Lausanne channels and networks would become a major means through which he brought influence to the church globally.

1974: A Congress and a Covenant
His personal friendship with Billy Graham from the time of the Cambridge University mission in 1955 drew Stott into the early stages of planning for the 1974 International Congress on World Evangelization, held in Lausanne, Switzerland, and from which city the Movement would take its name. It was a friendship of spiritual genius from which, as we see, much would flow.

Stott was by this stage already regarded as a leader and figurehead, through participation in World Council of Churches events, and in the 1966 Congress on World Evangelization in Berlin. The 1970s included seven or eight other international conferences. But from 1974, Lausanne was to have a lion’s share of his time.

John Stott’s reputation for clear theological thinking, his breadth of sympathy within the evangelical tradition, and his gracious dealings with those of different persuasions made him an obvious choice to lead the process of crafting The Lausanne Covenant.

The Lausanne Covenant, which reflected the voices of the 1974 congress, was adopted as a basis for hundreds of collaborative ventures over the rest of the century and came to be regarded as one of the most significant documents in modern church history. Social justice, too-long identified as a concern only for adherents to ‘a social gospel’, was now declared a biblical responsibility for evangelical Christians. This proved a watershed moment for the church.

Realizing the potential impact of the Covenant, John Stott worked on an exposition and commentary published in 1975. It would, he sensed, be critical for the Covenant to be read and studied by individuals and groups. His preface, modestly written, does not record the intense pressure of working through nights to ensure all comments received from the participants were given proper consideration. It was a mammoth operation to translate them in a timely manner, but vital for the voices of the whole evangelical church to be heard. The name ‘covenant’ was carefully chosen. This was a covenant with God himself, and a covenant between all those who wanted to adopt it.

Forming a Movement from a Congress
After the 1974 congress, a continuation committee was set up to build on what had been achieved. In January 1975 this group met in Mexico City with Bishop Jack Dain as chair. There was considerable support for Billy Graham to become president of the new Lausanne Committee for World Evangelization, as it was then named. John Stott urged that this not be allowed to happen, or that there be several co-presidents.

Billy Graham had already articulated his preference that the Movement adopt a narrower brief of what we could call proclamation evangelism. If this were followed, the Movement would reflect neither the scriptural mandate of the church to be salt and light, nor its roots in the 1974 congress. On the strength of their 20-year friendship, John Stott, while hating discord, felt the need to speak. Jack Dain was in agreement, while others were in accord with Billy Graham, given his worldwide stature. Some totally misunderstood Stott’s concern, and perceived it as a power struggle. The meetings, while painful, were pivotal.[2] The friendship between the two great men was lifelong.

In July 1989 John Stott led the crafting team for The Manila Manifesto in the Second Lausanne Congress (Manila, Philippines), which in 31 clauses built on and elaborated The Lausanne Covenant. This congress took place a month after what the Chinese government termed the ‘Tiananmen Incident’ and just three months before the dismantling of the Berlin Wall. It drew 3,000 participants from 170 countries including Eastern Europe and the Soviet Union, but sadly none from China.

The Church’s ‘Mislaid Social Conscience’
In 1982, John Stott’s ground-breaking book Issues Facing Christians Today was published to coincide with the opening of the London Institute for Contemporary Christianity. This covered such matters as nuclear issues, pluralism, human rights, industrialization, and sexuality. It became a handbook for pastors and thinking church members. It was, he said, his ‘contribution to the catching-up process’ since the church was ‘recovering from its temporarily-mislaid social conscience’.

The Lausanne Covenant was continuing to create waves, reawakening a social conscience which had lain dormant in many quarters for perhaps two generations. The Lord Jesus had commissioned the apostles to teach new disciples ‘everything’ he had commanded them. This had plainly not been done. In God’s grace, John Stott and the Lausanne Movement would become a means of re-establishing significant aspects of Christian duty.

As a backdrop to his preparation of Issues, John continued to make Lausanne consultations a priority, and was frequently the chair. He edited the papers from all the consultations up to Lausanne II and published them in 1996 under the title, Making Christ Known: Historic Mission Documents from the Lausanne Movement 1974-1989. As is clear from the contributors, Lausanne had the standing (helped, no doubt by John’s own presence) to draw the best evangelical thinkers globally. Some papers drew considerable traction.

In 2006 Doug Birdsall, then executive chairman of the Lausanne Movement, invited John Stott to accept a lifetime title of honorary chairman, which he did, with a sense of pleasure. It had been a consistent pattern of his to accept honorary titles only if he could maintain a lively link with the endeavour, and he followed news of planning for the Third Lausanne Congress with eager and prayerful interest. Lindsay Brown, who was appointed as the Lausanne Movement’s international director in 2007, and Chris Wright, who followed in John’s own stead as chair of the Lausanne Theology Working Group, were both old friends.

Shortly before his 87th birthday, he surveyed his years in Lausanne and looked forward with anticipation to what Cape Town 2010 would bring. In conversation with the present writer, he said he hoped the 1978 Willowbank Report on Gospel and Culture would gain more attention than it had been afforded. I commend it to readers now for its lasting principles.

For as long as the Lausanne Movement is characterized by ‘the spirit of Lausanne’ (a spirit of humility, friendship, prayer, study, partnership, and hope), John Stott sensed it would be critically placed. Christ gave gifts to his church to share. Lausanne provided the table around which these gifts could be shared. True humility will always be needed.

Pray with Us
Our Father, we thank you for John Stott’s life, for the rich spiritual legacy you enabled him to leave, and for all that we can learn from his example. Help us to be good stewards of that legacy in our own generation. We pray this for Christ’s glory. Amen. 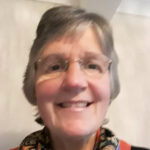 Julia served on three of John Stott’s boards, and handled his press obituaries. She spent twenty years in mission communications and publishing with OMF International, IFES, and the Lausanne Movement. In 2018 she founded and now runs Dictum, a small independent publishing endeavour based in Oxford. Dictum published six new titles by and about John Stott, including a children’s biography. www.dictumpress.com