Photo by Nils Lindner on Unsplash

“We long to see greater commitment to the hard work of robust apologetics.”
The Cape Town Commitment

My first encounter with Christian apologetics was during my high school years. I was deeply encouraged as a disciple and witness when I discovered that the biblical Gospel makes sense as a worldview, is founded on historical facts, and can transform lives. These early formative discoveries have influenced my ministry significantly throughout different phases. Today, I am convinced that, as evangelical Europeans, we need to (re)capture a vision of the Gospel as true, good, and beautiful.

Facing up to contemporary challenges in Europe
Pre-Christian, Christian, and post-Christian ideas exist alongside each other in today’s Europe. When sharing the Gospel in more secular contexts, we may find that it does not make sense to our friends, neighbours, and colleagues:

Furthermore, in secular European contexts God is often viewed as absent or non-existent. Prayer is only a psychological exercise. The Bible is seen as a collection of irrelevant ancient texts which contain some literary gems. Science has replaced faith in God. Christianity is not seen as unique, but only as one worldview alternative among many. Jesus is an inspiring humanist. The Christian faith is no longer considered as objectively true; though it may function as a source of personal inspiration or as a kind of spirituality which may lead to increased well-being.

God is usually taken for granted within our Christian churches, and sermons may describe his love and goodness. However, the existence of God is hardly ever justified, it is usually only presupposed. The Bible is quoted and applied, but in many cases no reasons are given for the selection and credibility of the biblical books. Jesus is being worshipped, but often no deeper explanation is presented for his uniqueness and his salvation. Prayer, liturgy, and mission are primarily seen as valuable Christian traditions, and thus never argued for in relation to the wider secular context.

Thus, many confessing Christians in Europe (and beyond) are faced with a highly demanding experience of cognitive dissonance between Christian stories, beliefs, and truth-claims within the church on the one hand and dominant secular narratives and arguments in the wider culture on the other hand. This is due to key cultural factors such as secular paradigms in the academy and the media, the increasing presence of worldview pluralism, and the marginalization of Christian faith and practice.

We long to see greater commitment to the hard work of robust apologetics. This must be at two levels.

In relation to our June Conversation and the upcoming Engage II event, the first level is exemplified by the public ministry of Oxford mathematician and apologist John Lennox, whereas we as Christian leaders need to mobilize the whole people of God for faithful witness in our everyday lives. For this key missional task, we may benefit from a wide spectrum of apologetic resources, such as the video series Exploring the God Question and the movie Against the Tide, both produced by Kharis Productions and both involving John Lennox.   It is fruitful to reflect on this call to apologetics in the Cape Town Commitment in the light of a key sentence in the preface, where the goal of the Lausanne III Congress (and the subsequent statement) is summarized as bringing “a fresh challenge to the global Church to bear witness to Jesus Christ and all his teaching – in every nation, in every sphere of society, and in the realm of ideas.”

We need to let this challenge refresh us. This can be done by unpacking the meaning of this highly condensed sentence. It contains two key parts:

Thus, apologetics should be an integrated part of our contemporary Christian dialogue, witness, and discipleship in a secular and pluralistic world.

When a Christian argues for the Christian worldview as the best explanation of any given evidence, experience, or phenomenon, this takes place in a pluralistic context of competing truth claims and contending apologies. Every religious and secular worldview has its own apologists and its own apologetic contributions. This is the context for a holistic missional approach to Christian apologetics, with pre-evangelism, evangelism, and post-evangelism as the three key categories.

Christian apologetics as pre-evangelism: Answering and agenda-setting.
Apologetics has traditionally been assigned the roles of answering honest questions about the Christian faith, dealing with serious objections to biblical truth claims, exposing influential myths about the Gospel, and positively deconstructing current secular and religious worldview alternatives. These functions of apologetics have often been described as the removal of intellectual stumbling blocks on the way to (potential) personal faith in the God of the Bible. Apologetic argument cannot create belief, but it may create an atmosphere in which belief could come to life.

This is an everyday task for each one of us, in our personal relationships with family, friends, colleagues, and neighbours. As expressed by Paul: “Be wise in the way you act toward outsiders; make the most of every opportunity. Let your conversation be always full of grace, seasoned with salt, so that you may know how to answer everyone.” (Col. 4:5f)

This pre-evangelistic function also relates to the public agenda-setting role of Christian apologetics, which is crucial in contexts of competing truth claims where the Christian story is often forgotten, neglected, or marginalized. Through being salt and light in mainstream media and in the academy and other educational contexts, Christians in public roles may help to create and sustain a cultural milieu in which the biblical gospel can be heard as intellectually defensible and experientially satisfying. This is clearly a key task when confronted with political correctness, influential secular thought, and alternative religious beliefs.

Christian apologetics as persuasive evangelism: Commending and clarifying.
Evangelism and apologetics are distinct but related activities. Whereas evangelism is the actual proclamation of the Gospel, inviting people to believe in Christ and offering forgiveness and new life in Christ, apologetics is commending this Gospel of Jesus Christ as intellectually compelling, historically credible, and existentially attractive. Along the same lines, the Manila Manifesto “affirms that apologetics and evangelism belong together”.

Apologetics also has a key clarifying role in relation to conversion as a worldview decision. In the absence of an apology that will make sense to and engage outsiders, it is impossible, even in principle, to decide between various worldviews. Therefore, as we share our personal testimonies, we need to be prepared to clarify why the Christian worldview should be preferred, based on God’s revealed truth in general and special revelation.

Within the current European context, one such strategic initiative is FEUER, the Fellowship of Evangelists in the Universities of Europe. This is a network of evangelicals across Europe who are committed to publicly proclaim, commend, and defend the truth, beauty, and wonder of the gospel in the university context to today’s generation of students. Such encouraging initiatives may also inspire evangelical churches and ministries to creative apologetic action on other arenas.

We may learn in this task from Paul’s encounter with King Agrippa and Governor Festus in Acts 26. After having shared his life story, the apostle faced tough opposition. He responded by commending the gospel of Jesus as true and reasonable, coherent, credible, and life changing.

Christian apologetics as post-evangelism: Affirming and equipping.
Whereas the pre-evangelism and the evangelism contexts describe the external missional task of Christian apologetics, the post-evangelistic context describes the internal missional task of affirming the believer in his or her decision to start (or to continue) to believe in Jesus Christ. We should be ready to offer such affirmations to Christian believers, in ways that are personally engaging and culturally relevant.

As we have seen already, the apologetic task also includes equipping believers to bear witness to Christ and all his teaching, in every part of the world – not only geographically and culturally, but in every sphere of society and in the realm of ideas. This relates to the life-long task of developing a Christian mind, whether in relation to the academy, the media, our workplace, our relationships, or any other areas in our everyday lives.

This post-evangelistic task is at the centre of my own home ministry context in Norway. Inspired by the European Leadership Forum, we have established apologetic initiatives to enable Christians to grow in confidence and to be equipped for personal and public witness. The initiatives include an academic programme, workshops and online resources, a major annual national conference, and a new publishing imprint.

We find the task of affirming and equipping in the New Testament. Luke wanted to reassure Theofilos of the truth he was taught (Luke 1:4). Peter asks his readers to “always be prepared to give an answer to everyone who asks you to give the reason for the hope that you have. But do this with gentleness and respect.” (1 Pet. 3:15) Today, the Christian family, the local church, and other Christian communities are strategic contexts for maturing disciples and preparing for witness.

Finding our own apologetic role
Thus, as evangelicals in Europe we are called to bear witness to Jesus Christ and all his teaching also in the realm of ideas. This is an urgent task, and every believer needs to be mobilized. Let us pray God for wisdom to identify our own apologetic roles, in the context of our own arenas, to enable us to be biblically authentic and culturally relevant in our personal and public witness. 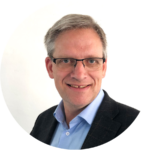