How should the church in Europe respond to the growing visible presence of Muslims in our continent? I suggest in a fourfold way, with i. a compassionate heart; ii. an informed mind; iii. an involved hand; and iv. a witnessing tongue. Nevertheless, before we seek to touch the hearts of our Muslim friends with the Gospel of Jesus Christ, we need to honestly look at our own hearts.

Fear of Eurabia and its consequences
The growing visible presence of Muslims in Europe is a cause of concern to many Europeans, including Christians. There are many people across Europe who fear the Islamization of Europe. They believe that Islam is considered a problem or an obstacle to modernization and point out that the tense relationship between Islam and Europe is a clash of civilizations. Others state that Islam is hostile to and incompatible with the values of the western world and argue that key European values, e.g. secularism, freedom of speech and security, are threatened by the presence of Muslims in Europe.

Some write that the presence of a substantial number of Muslims in Europe is a deliberate strategy to make sure that Muslims will form a demographic majority within a few generations, in order to impose their shari’a law on this continent.

Islam’s progress in establishing itself in Europe continues to be a difficult phenomenon to accept. European societies essentially have a negative response to the growing visibility of Islam in their midst. An Islamophobic attitude continues to remain strong in Europe and is expressed in public with increasing frequency. Islamophobic attitudes can also be found among Christians and who seem to be moulded by the societies in which they live.

These negative sentiments have several consequences. Firstly, it leads to a marginalization, discrimination, and exclusion of Muslims in finding housing, jobs or internships; and secondly it contributes to growing xenophobia and resurgent nationalism.

Unfortunately, often Churches and Christians share the negative sentiment that permeates the societies they are part of. This might be one of the reasons why many of them are not interested to look more closely at what actually takes place within the Muslim communities across Europe.

Phases of Relations between Islam and Europe
When we look at the relationship between Islam and Europe in history, we can identify several phases. A long first phase, lasting for at least the first ten centuries of the history of Islam, was one of major conflicts, symbolized by the Crusades. The second phase can be seen historic waves of Islam in Europe that have left an imprint on Europe till the present day, such as: the Islamic civilization in Iberia, the Muslim Tatars in the northern Slav regions; the Ottoman Empire. In the third phase, we see European dominance of Islamic lands, through colonialism and economic globalization. In the fourth phase, beginning in the 1950s and 1960s Islam began to spread in Europe through migration of first-generation immigrants coming from former colonies and labour migrants in response to European demand. In the fifth phase we see an increasing indigenization of Islam in Europe. The result of this is the formation of a European Islam, with its own pronounced identity different from that of Arabic Islam or that of countries of origin. This can be considered the sixth phase.

Today, most European countries find themselves somewhere between the fourth and fifth phases and in some countries we see the development of the sixth phase. I see three trends among Muslims in Europe, namely i. immigrants have become citizens; ii. Islam is being revitalized in the Balkans and Russia; iii. Islam in Europe is not a monolithic entity but expresses itself in a variety of ways.

It is important to be careful in using demographical statistics. Statistics often do not give any indication of the religious commitment, beliefs and practices of a person. Some believe that only a third of all Muslims in Europe actively practice their Islamic faith.

Regarding structure I see an institutionalizing of Islam in Europe with the establishment of National Islamic Councils; the emergence of Muslim political and civic leaders; the formation of organizations, such as associations, schools, mosques; the westernization of mosques and the democratization of religious authority, where ‘cyber imams’ compete with mosque imams.

This institutionalization of Islam in Europe is a complex issue and not completed. Governments in North Africa, Turkey and Middle East are still a highly influential force on Islam in Europe. There are still a large number of mosques that are foreign-run and foreign-staffed. There is still a big need to educate imams in Europe and to develop domestic sources of financing for Islamic institutions.

Regarding practice, I see an individualization of Islamic religious beliefs and practices. It is an Islam where the believer decides autonomously which elements of Islam (s)he considers to be binding or not. The individualization expresses itself in the following ways: the development of an Islamic Youth Culture; decreasing influence of traditional law schools; the development of European Fatwahs; the organization of slaughter during the feast of sacrifice and growing diversity in religious practice and convictions among Muslims.

The outcome of this individualization of Islamic faith and practices does not automatically mean a decline in religious practice, nor a liberalization of Islam, although some of this is happening. It sometimes leads to a critical attitude among second-generation Muslims towards the Islam of their parents and religious authority. Some break away from the Islamic culture of their parents in search of pure Islam.

Regarding theology, I see the development of a new hermeneutics of interpretation of the Qur’an and Sunnah, particularly in the writings of four renowned Muslim reformers, based in Europe: Bassam Tibi, Tariq Ramadan, Tareq Oubrou, and Abdennour Bidar. These four are all contributing to the idea of a European Islam. Other theologically inspired developments I see are: A desire for gender equality, expressed by Muslim female theologians who explain, define and redefine several key concepts of Islam. Changes in the ways shariah is being interpreted. Changes in how the law of apostacy is being interpreted. Discussion about the legal conditions connected to minority status in Europe.

A growing number of Muslim scholars in Europe believe that European Islam is possible, both theologically and politically. But we have to understand that it is not yet an existing fact, but an ongoing process. In their understanding, such a European Islam integrates modernity values and links them with the divine. It preserves the divine in its modernity.

The response of the Church: bystander, follower or trendsetter?
The presence of Islam in Europe should be high on the agenda of the Church in Europe. What happens to Europe and Islam is not something that the Church can ignore. We cannot afford to be a bystander when Europe and Islam sort out their future together. Nor, should we be following the mindset of Europeans at large. Instead of agents of change and transformation in a society estranged from God, many European Christians mimic its sentiments towards Muslims. I believe we should speak of and with Muslims with attitudes that are influenced by the way God deals with us. Our thinking, attitude, behavior with regard to Islam in Europe should be guided by God’s self-giving love manifested at the cross of Golgotha. I suggest that Churches and Christians across Europe respond to the presence of Muslims in Europe with: a) a compassionate heart; b) an informed mind; c) an involved hand; d) a witnessing tongue.

The Church can shape the future of Islam in Europe when we are willing to reflect the truth, the glory and attitude of God in the way we relate to Muslims in our midst. 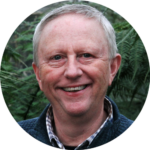